Frightful Hallowe’en is many people’s top holiday of the year – but did you know that we can thank ancient Ireland for our favorite Hallowe’en traditions?
Travel to Ireland these days, and you’ll still be able to connect with the origins of Celtic culture that still swirl in the mists of time in Ireland’s Ancient East.
Today’s Hallowe’en is the descendent of the Celtic festival of Samhain (Sow-ann). The celebrations included feasting on the harvest and lighting fires to mark the end of the season of light, and welcome the days of darkness.
The Irish practice of lighting bonfires began on hilltops in Ireland 3000 years ago, with clans and communities gathering to light huge ceremonial Samhain fires. 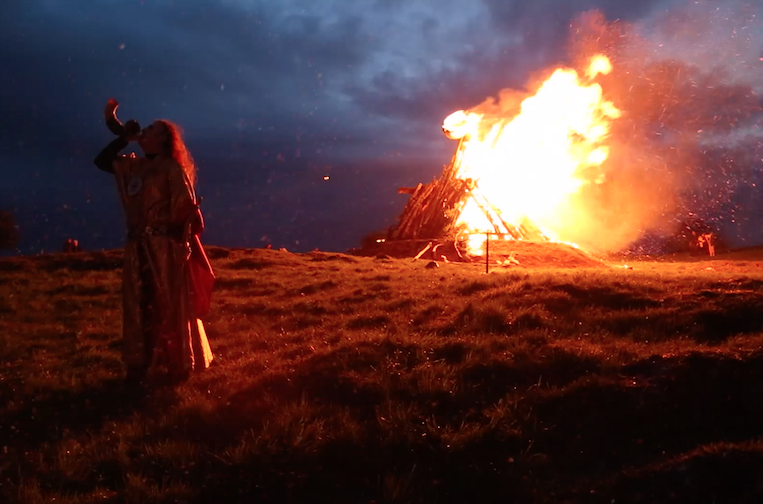 One of the biggest Celtic festivals of fire was on a hilltop called Hill of Ward in today’s County Meath. Recent archaeological excavations suggest the hill was used for feasting and celebration over 2,000 years ago. What’s more, it was the grandmother of all fires; old manuscripts reveal that the Celts lit a fire here from which all the fires in Ireland were rekindled. 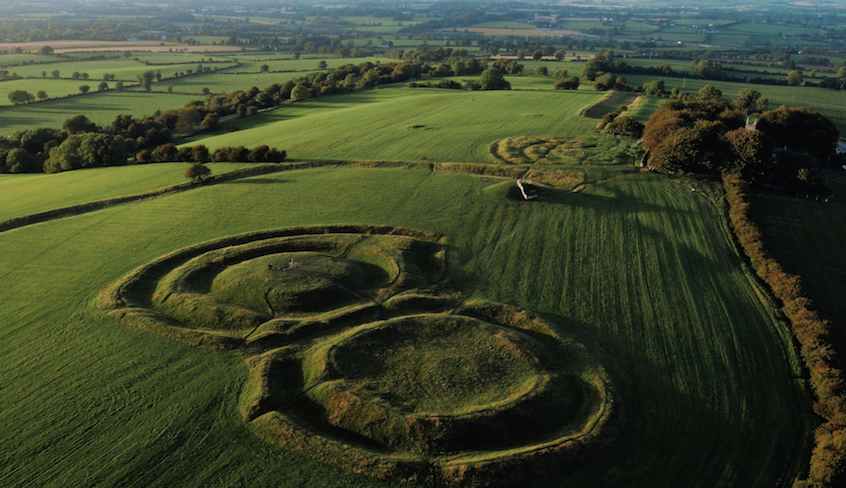 To this day the area around the Hill of Ward, and the nearby Hill of Tara (pictured above) where the High Kings of Ireland ruled, remains one of the centers of Irish Halloween traditions.Every year, a 21st century celebration of Samhain, called the Púca Festival, is held in the region.
Celebrating Ireland as the birthplace of Halloween, Púca events normally include an impressive re-enactment of the symbolic lighting of the Samhain fire, live music and performance, amazing light installations and more. (This year the celebrations will be virtual, with a broadcast of the lighting of the Samhain fires due to take place on 31October.)

That periodof seasonal metamorphosis involved more than changing hours of light and darknessand lighting of fires for the ancient Celts.They believed that the moment of transition allowed the worlds of the living and the dead to interact – and that shape-shifting spirits could move between worlds.Starting to sound familiar?
To avoid being pulled into the netherworld in an untimely way, Celts disguised themselves in costumes.That would create confusion and even scare off any ghosts, fairies, goblins or demons roaming this world.
Hallowe’en dress up today may involve superheroes and video game characters – but its origins lay in deceptive and even frightening disguises. 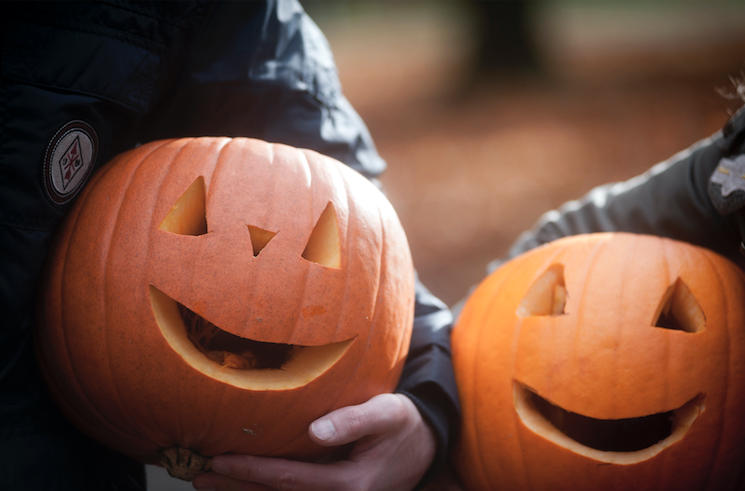 Whatever face you choose to carve into your Hallowe’en pumpkin, you’re following an Irish tradition with New World materials. Before pumpkins existed in Europe, turnips and even large potatoes were hollowed out and carved to serve as lanterns.
Even the name Jack-o-lantern has its origins in and Irish folktale. As the story goes, a man named Stingy Jack played a trick on the Devil, who punished Jack, cursing him to wander all of Eternity with only a burning ember from the everlasting fires of Hell inside a turnip to light his way.
When Irish immigrants brought Hallowe’en traditions, including the jack-o-lantern, with them to North America, they discovered much larger and already-hollowed-out pumpkins and other winter squashes here that made bigger, better and much easier lanterns than turnips!

In old Ireland, it was called ‘souling’. Children and the poor went from door to door, offering songs or prayers for the dead in exchange for money, kindling for fires, or food.The common food treat was a ‘soul cake’: a flatbread that contained fruit.
Today, the Irish celebrate Hallowe’en much like we do, with costumes and visits to neighborhood homes for small gifts of candy, fruit and money.
But as we enjoy activities we see as fun diversions and cute child’s play, we can also remember their mystical origins in ancient Celtic Ireland.

Images courtesy Ireland.com
﻿Copyright BestTrip.TV/Influence Entertainment Group Inc or Rights Holder. All rights reserved. You are welcome to share this material from this page, but it may not be published, broadcast, rewritten or redistributed.

You don't need to snow to discover these Four Seasons mountain resorts at their best....

Staying at home has not just amplified our need to travel soon. Many of us have...

10 Amazing Facts about the Tasmanian Devil

Move over, cuddly koalas and cute kangaroos. Meet the Tasmanian Devil. No, not the Looney Tunes cartoon character that travels like a spinning top, drooling, snarling and terrorizing Bugs Bunny's friends. The...

8 Facts About the Panama Canal

Panama is one of the fastest-growing destinations in Central America, and the Panama Canal is the country's star attraction. Although it's on everyone's list of things to experience, the canal...

Top 10 Reasons to Travel to Croatia

From an isolated backwater behind the Iron Curtain, Croatia has transformed itself into Eastern Europe's 'Riviera'. Sun worshippers discovered the miles of sunny, pristine beaches and dramatic cliffs of the Dalmatian...